Be sure to check an amazing short video that Cris created that went viral with the most INSANE aerial views of Rome!!

It has even been featured in the Italian national television 1 year ago. Channels from all over the world reach out to Cris for this video.

From Rome, with Gelato <3

To walk around Rome is as if taking an instant train to the past. It is mesmerizing to venture arounds its streets and see ruins from the past scattered around the present in perfect harmony with modern civilization.

If you’re new to Europe, Rome is probably top on your bucket list. And it is completely understandable why.

Before going for the first time myself, I remember that just by imagining Rome it felt like an intangible dream, too amazing to be true.

A modern-day city where you can see ruins from Roman times casually lying next to you while you pass  driving down the city center.

It is not unusual to be walking down the street and see ruins from ancient Roman times and  every time I go to Rome I can’t help but try and visualize how everything was before.

To look at the Colosseum and try and imagine Gladiators, tigers, and the roaring crowd screaming in excitement.…

I get goosebumps just thinking of it.

As Cris is born and raised in Rome, I had the chance to really experiment the city from a local’s perspective during my last trip in September 2018 and it was truly eye-opening.

If you are interested in having the best tips on where to eat and drink, click here.

So first things first, we created a summary of the city’s main attractions.

The Top 10 Things to See When visiting Rome

Tip: If you buy tickets to the attractions online, you can avoid unnecessary long queues and visit many of them in the same day. This will REALLY make a difference to your trip.

I remember when I was a kid my sister sent me a postcard from Rome from the Trevi Fountain and I was instantly amazed.

The marble details of those majestic horses galloping over that turquoise blue water was a sight I needed to see with my own eyes. And I was not disappointed when I first saw it.

To be honest because it is one of Rome’s most famous attractions, it is quite PACKED with tourists, which can ruin a lot of the awe effect.

During evening times it is especially hard to take a good picture.

To beat that, I would suggest waking up early and going around 7h. It might be hard to get out of bed, but it will be soooo worth it.

I’ve been lucky to have been to Rome a few times already and this last time I went with Cris we woke up earlier to explore and it was a completely different experience.

I recommend this strongly if you, like me, are tired of seeing beautiful attractions packed with people and vendors.

The biggest amphitheater ever built, and without a doubt the most famous.

The Colosseum held an average of 65,000 spectators and it was famously used for its gladiatorial contests, anima hunts, executions, and other public spectacles, such as dramas.

You will notice that the structure is partially ruined due to earthquakes and stone robbers, but the Colosseum remains as an iconic landmark from the Imperial times and is part of the new 7 wonders of the world.

If you want to discover it from the inside, it is possible to have guided tours, in which I recommend trying the underground guided tour.

During this tour you can see for yourself the tunnels in which they brought gladiators and animals to the center stage.

It is also possible to combine your tour ticket with the Belvedere level, which is the highest level of the Colosseum and where you can see Rome from another perspective.

This one is hilariously terrible to see during the day.

Why do I say that?

It is honestly impossible to even get a glimpse of how beautiful the steps are when it is completely packed with people sitting on literally every level of it.

To be honest the first time I went to Rome I didn’t even realize I was at the Spanish Steps. I thought it was just like ‘a good place to sit and chill’. I know, #touristalert !!

In any case, this time we went around 6h, just before sunrise and it was magical.

This is without a doubt my FAVORITE neighborhood in Rome.

It is just sooo nice to walk around its small stone-paved streets. Its pastel colored building walls are commonly spread with green vines, making the whole place even more romantic.

This is the Rome they show you in movies and it is a perfect place to walk during the evenings to discover bars for a nice aperitivo before dinner.

If you decide to stay in Trastevere for dinner, I recommend trying Maccheroni.

However, If you want to try a different place, I have sat down with Cris and written down his best recommendations on where to eat in Rome.

It is honestly so good that I have friends thanking me to this day to telling them about these places.

The Pantheon used to be a temple, but it is now a church. If you’re not new to Europe you will probably think this is just another temple, but be sure to go inside so you can see the impressive central opening to the sky (Oculus).

Walking distance from the Pantheon and I think my favorite squares in Rome, hugged by beautiful buildings and an impressive church.

In the center of the square you can see a gorgeous obelisco inside a majestic fountain.

Just like everywhere else in Rome, this square tends to get crowded as of 9h, so be sure to arrive early if you want to admire its peacefulness to yourself.

It was lovely to see people walking around with their dogs while local coffee shops started to open. A completely different experience from my prior visits to Rome, that’s for sure.

Feeling like visiting a different state while staying in Rome? An interesting fact is that the Vatican City is actually an independent state located in the center of Rome, ruled by the one and only Pope.

Within the Vatican City you can find famous religious and cultural sites, such as the Sistine Chapel, St. Peter’s Basilica and the Vatican Museum, and world-renowned sculptures and paintings are featured there.

Fun fact: The Vatican’s unique economy is sustained by the sales of stamps, souvenirs, sales on publications and as well on ticket admissions.

I really recommend going in, as not only you have the chance to admire it’s beautiful details from the inside, but if you decide to go up tp the upper dome, you can get a pretty amazing view of St Peter’s square.

Useful tip: Remember it is mandatory to cover both shoulders and knees when going inside the church, so be prepared with a jacked or scarf when you go, even during hot Italian summer days.

When you see the insaaanely long queues to buy tickets, you can see Michelangelo lays happily in his grave (seriously, it is stated to attract over 5 million tourists every year).

People from everywhere in the world gather in to indulge in the most beautiful ceiling ever created.

I am of course talking about ‘The Creation of Adam’, one of the Chapel’s 9 ceiling panels.

PS – All photography and filming is prohibited inside the Chapel.

A fortress located at the end of a majestic bridge that overlooks the Tiber river, it is located at a walking distance to the Vatican city and impossible to miss.

From the bridge you can see Sant Peter’s basilica from a different perspective.

You can’t miss this extremely impressive construction in the center hub of Rome. Due to it’s majestic size, it can be quite hard to take a picture encompassing the entire structure, so I would suggest taking a step back to the crossings (where you can fit everything into the shot).

Imagine yourself walking inside ruins of what used to be important ancient government buildings and a day-to-day center for life years ago, where public speeches were held, elections, trials and commercial affairs.

It is located just across from the Colosseum and a must-see if you haven’t been to Rome before. 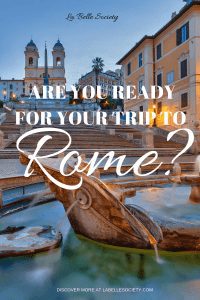 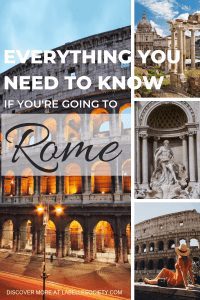 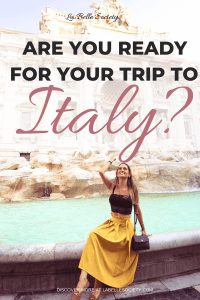 Have you ever been to Rome before and know some tips I might have missed out?

Leave a comment below and I will be sure to respond. 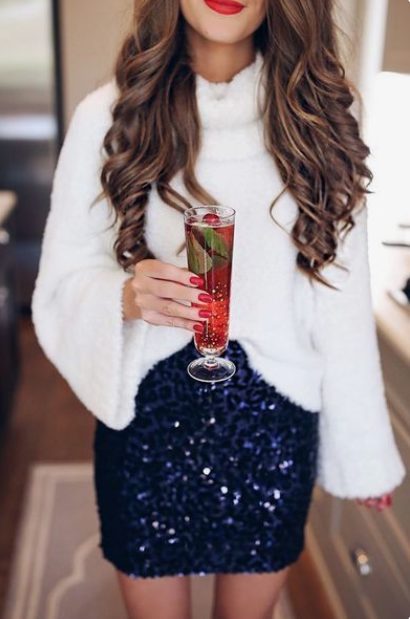 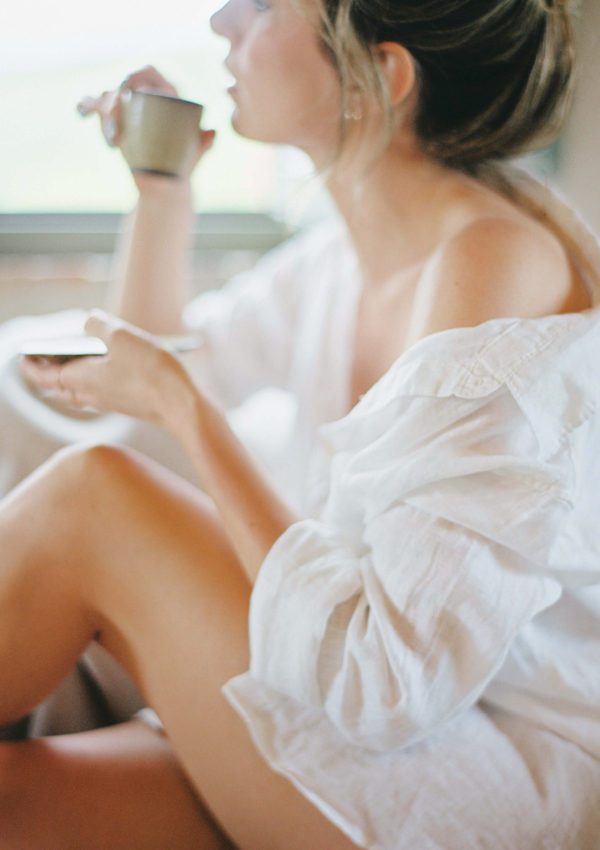 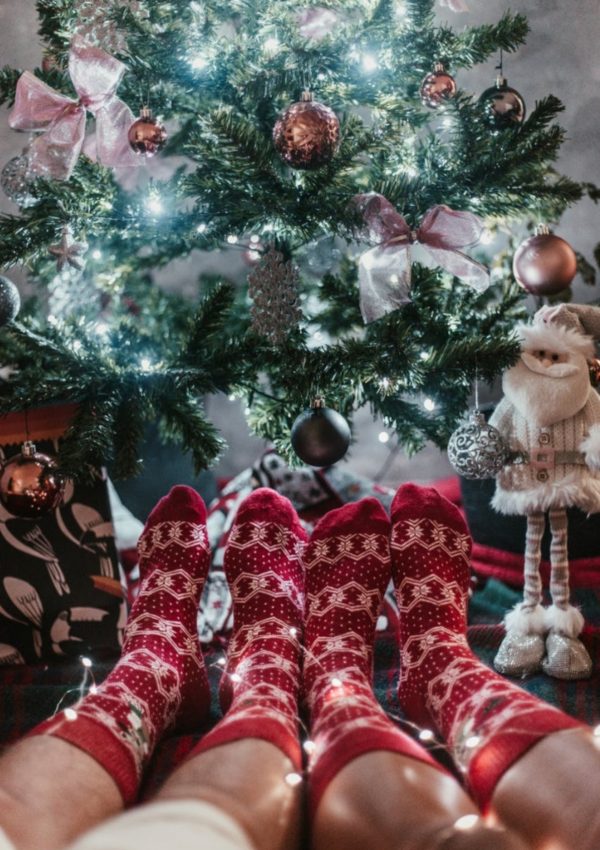 Cute Christmas date ideas for couples : 10 Best things to do this holiday season 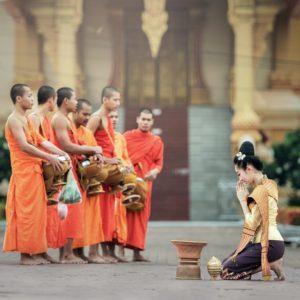 14 Things You Didn´t Know About Thailand