Get your hands on the most ultimate Barcelona city guide you will encounter. After living in the city of Gaudi for 4 years (and counting) i have gathered thousands of tips that will guarantee you have as better time here. These are itinerary tips that I gave to all my friends who visit me, and now I am sharing them all with you guys!

When I first moved to Barcelona in 2016, during the entire first year I literally had at least once a month visitors  stay at my place for a visit (there were moments I was overbooking friends, sorry guys).

Of course, who doesn’t want to come to Barcelona?

The weather is amazing, be it summer or winter, the prices are cheap, the Catalans are friendly, and the city really is to me an open air museum, with Gaudi’s architecture showcasing masterpieces of Catalan culture.

It got to the point where I grew tired of always having to say or rewrite the same tips to my visitors, so I decided to write them down and print them out.  I started giving them to everyone who came to stay at my humble house (yes, I welcomed my visitors with a handmade brochure and  Estrella  beer – hospitality runs in my veins).

They ALL loved it and they said it  was much better than any travel guide they had.

They said my tips on Barcelona city were honest, to the point, insightful, and most of all, helpful.

With that in mind, I want now to share some of my best tips of this picturesque city with the world.

Barcelona, as many other major cities, attracts people from all over the globe. Because of that, tourism has grown to the point where it become sometimes impossible to appreciate the city, especially during summer season.

No wonder it  is so common to fall for soooo many tourist traps around this city.

A Quick Introduction to Barcelona

I’ve written all about everything you should see in Barcelona in a more complete separate post here (filled with tips on what is worth paying for and information on all 12 major attractions).

For now, I would just like to refrain that Barcelona is a city located in the region of Catalonia and has had un upsurge since  the 1992 Olympic Games were famously held in the city.

Due to the many investments at that time, Barcelona has developed in infra-structure, benefitting it’s 1.7 million habitants, and later also transforming into an attractive major tourist metropole (receiving in 2017 alone an average of 30 million of visitors).

Barcelona is located in  Catalunya, and there is an ongoing debate for years whether they should be considered Spanish or Catalans.

Don’t be surprised if you see most of the signs and names to be in Catalan, even though they also speak Spanish.

On that note, Spanish and Catalan are very distinct dialects, with the latter being closer to Italian and French.

The political debate had a bigger upsurge the past 2 years, with many of the far left-wing politicians being arrested when there was a unilaterally determined referendum to vote for independence in 2017, opposing Spanish constitution

Despite what was showcased on the media, all the manifests were extremely peaceful, filled with dogs, children, teens, and even the older generation.

It is common to see manifestations pro-Catalan independence and for freedom of the arrested politicians throughout the year.

Catalunya is an extremely interesting region of Spain and I am learning a lot from them. They have 3 very particular traditions  that I always laugh about when explaining to my visitors.

I’ve written a post on my best restaurant recommendations here in Barcelona, after living here for more than two years now. Don’t miss it because it genuinely has amazing tips on places that I go on a regular basis.

But this time around, I will give you a general introduction to 2 typical food served here and some extra restaurants that I have not included in that list.

Barcelona has a mixture of Spanish and Catalan cuisine, and you will find many restaurants serving something called Tapas.

Tapas are nothing more than small portions of different typical food, in which you and your friends order various dishes to share.

Typically every restaurant serves the same types, such as calamari (fried squid), patatas bravas (a fried potato with a spicy sauce), etc., though many restaurants tend to put a special touch to try and differ from others.

Paella is a mixture of rice and usually seafood, directly served in the pan it is cooked. It is more Spanish than Catalan, and I quite frankly find it quite hard to find good paellas around town.

I have recently been to an amazing Gallician restaurant with Cris called Arume and they are famous for their paellas. When I went I was really craving a good seafood paella, but when we were ordering the waitress informed us that the typical Galician paella is with duck.

Cris was a little hesitant but after we ate it he had liked it so much that he brought his father there the following week and they had one EACH.

Even though their specialty is the duck paella, I heard the other types are also delicious!

The exact dishes we ordered and that were ALL absolutely delicious are:

We ate a lot hehe, but it was a special occasion 🙂

The ones with an * were our favorites.

The City of Barcelona

I LOVE walking around  Barcelona it is extremely pleasant and safe,  and because of that I hardly ever take public transportation.

Barcelona is a relatively small city and very easily walk-able, so  I strongly recommend exploring the city by foot, as it is common to stumble upon unexpected Gaudi influences on your way.

So keep your eyes open when exploring this amazing city and you will understand why Barcelona attracts an average of sooooo many tourists every year!

Below I’ve written down a super nice walk around the city that I usually do with all my first-time visitors.

1- Start at  Plaza  Catalunia, make your way down  Las Ramblas (remember, don’t sit to eat or drink there and always be careful with your bags at the Ramblas)

2- Stop at  Mercado de la  Boqueria  on the way and have a little snack (try and go hungry, as there are A LOT of cheap things to eat, from  jamon  ibérico  to fresh fruits and smoothies)

Pro Tip: The closer the stand is to the entrance, the more expensive it will be. So make your way inside. They sell the exact same things, but sometimes for half the price.

3- At the end of the Ramblas, you will arrive to the port, where the big statue of Columbus is (fun fact: to this day no one know which direction he is actually pointing to).

4- Then take left, in the direction to  Barceloneta  and you will eventually arrive to the beach. There are many restaurant options to eat there. The fish in Barcelona is usually very fresh and delicious, by the way.

From Plaza  Catalunya  to Barceloneta walking is  aprox. 1h, stoppping on the way.

Tip: You can buy a  bus + metro  card (called the T10). For 10,20 EUR it  gives you 10 rides, so very cheap and convenient. Plus Barcelona metros are very easy to find your way around.

Pro Tip:  Extra careful with pickpockets in the metro. It’s usually the people you would least expect.

More residential and full of the best restaurants (there is Eixample Derecha and Izquerda – right and left – I like the left side more). A neighborhood with less tourists, even though it is centrally located. It is my favorite neighborhood by far in BCN (and where I have been living the past 2 years).

I personally don’t enjoy Raval. It is mostly dirty, smells bad and has a lot of, let’s say, ‘’interesting’’ people. Also quite residential. It has more tourists as it is a walking point from the Ramblas.

Born is extremely nice and more old town. You can find Parc de la Ciutadella there. Don’t miss the beautiful Arc at the park entrance and the fountain inside.

An up-and-coming neighborhood, more local as well, a bit north of the city. Kind of like the Brooklyn of Barcelona. There are many bars and restaurants.

I love the gothic quartier, but unfortunately it is a bit touristy and quite packed with souvenir stores. Nonetheless, a stroll around the Gothic quarter should not be missed, especially the Gothic Cathedral.

The beautiful Barcelona beach area, completely different than the city center, but still very beautiful to walk around.

Did you know that the Barcelona beach is artificial, having being developed because the city held the 1992 Olympic Games?

You will see these beautiful red bicycles everywhere you go in Barcelona, but don’t waste your time trying to understand what is written in Catalan: These bicycles are meant to be used only for residents of Barcelona and you can only rent one if you have a NIE (a document that attests you are from Barcelona, or that you work here).

Basically we pay a yearly fee of around 40 eur to use it as much as we want year-round.

The reason for this it seems is that Barcelona is such a busy city for tourists that if the government allowed everyone to rent it, the locals would be left without this important means of transportation.

Don’t stress, though. There are many, manyyy bicycle renting companies all around the city that you can rent a bike for less than 10 eur for the whole day.

I could not write about Barcelona without giving Gaudi a shout out.

How could I? Even if you are unfamiliar with his work, the moment you arrive to Barcelona you already notice something is special about it’s architecture.

Antoni Gaudi, or  the ”father of Barcelona”, had a one-of-a-kind style, with his work reflecting his three great passions in life: nature, religion and architecture.

Part of the modernista movement and influenced by a neo-Gothic style, Gaudi was responsible for most of the  attractions, such as Parc Güell, Casa Batlló, La Pedrera and, of course, the Sagrada Familia, Spain’s most visited monument.

He worked for 46 years in it, to the day of his death, when he was tragically hit by a tram, never finalizing his most loved work. He was lay to rest inside the temple’s crypt.

The Sagrada Familia is estimated to be completed between 2026-2030.

Related: 9 Mistakes You Should Avoid At all Costs when Visiting the Sagrada Familia

FROM THE BARCELONA SERIES:

Have you ever been to Barcelona and you know any tips that could also be helpful? Leave a comment and we will be sure to reply! 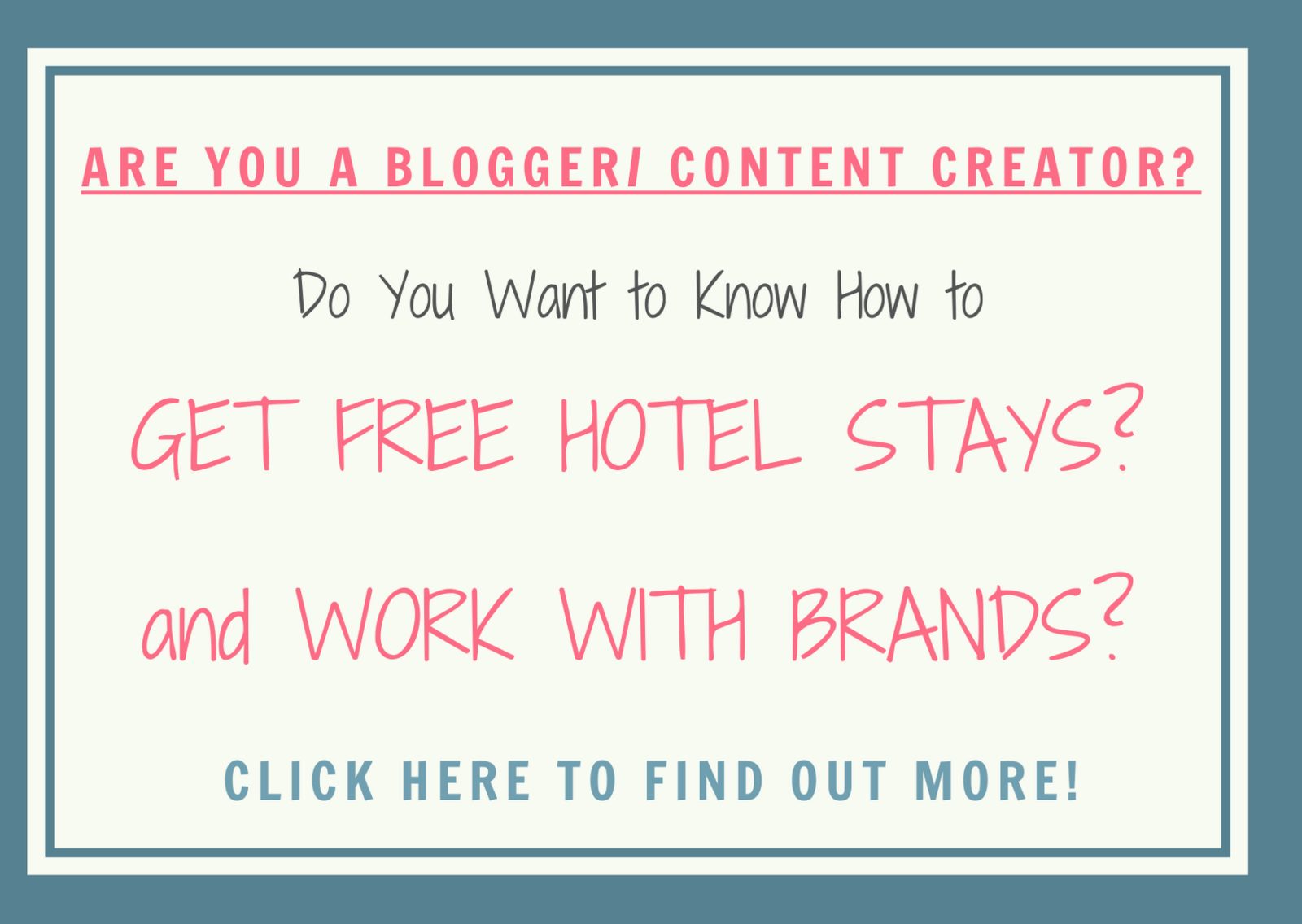 Planning a trip to Barcelona any time soon? That’s so EXCITING! To help you get started, check out Get Your Guide’s top-rated tours and activities. 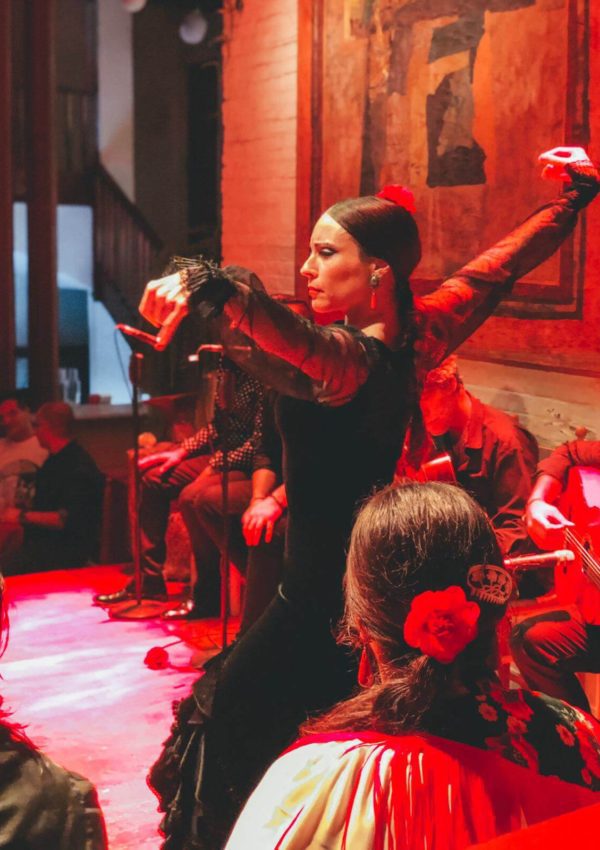 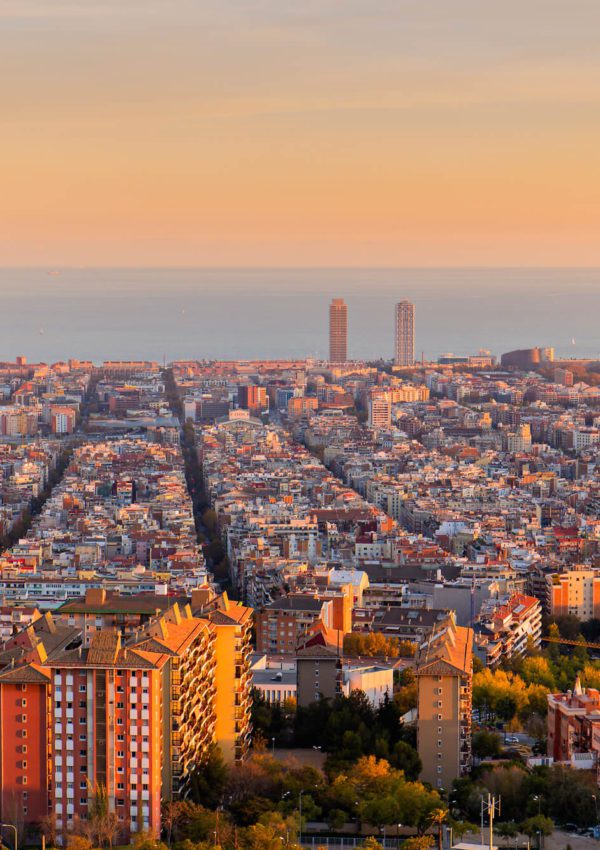 10 Reasons Why You Will LOVE Barcelona 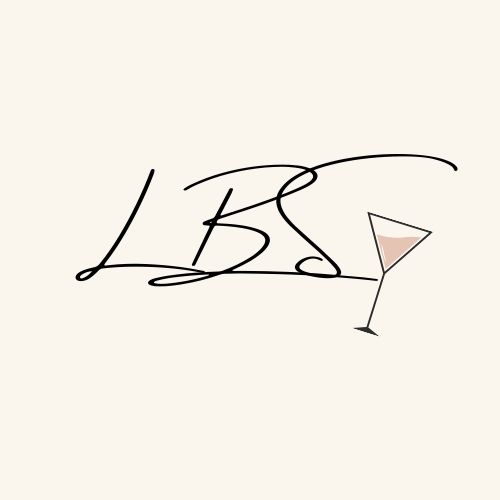 Enjoy the latest trends for women in fashion, recipes, beauty, and living at La Belle Society, a popular lifestyle blog for women.