After over 2 months of self-isolation in Spain, we’ve become quite the movie experts. Below find a list of our top recommendations of movies, TV shows and documentaries to watch on Netflix, Prime Video and Disney+.

Hi girls, how are you today?

Me, truthfully I’ve been 100% workaholic during this quarantine period. I kid you not, if I can be honest, I am enjoying the quarantine extra time afforded to work on my personal things, such as growing my website, learning product photography and earning a google course online certificate.

My blog, for one, was a huge priority of mine during these past months. After a tough (and on-going) rebranding process from a travel blog to a women’s lifestyle blog, I find myself with more work than ever before.

Cris keeps reminding me that I need to relax and stop working sometimes. Granted, I do agree that working at something we love can be quite addicting. That is why I would stop, relax, and make use of resources like this Infinity Dish post to find a way to watch something that was really worth my while. After many hits (and a few misses) I decided I would love to share some movie, TV shows, and documentary suggestions that I have from our 2+ months quarantined in Spain.

Find below my top movie suggestions (that are REALLY worth your while).

OUR TOP MOVIE RECOMMENDATIONS FROM THE SELF-ISOLATION PERIOD

For 10 idyllic years, young Mija has been caretaker and constant companion to Okja – a massive animal and an even bigger friend – at her home in the mountains of South Korea. But that changes when family-owned, multinational conglomerate Mirando Corporation takes Okja for themselves and transports her to New York, where an image-obsessed and self-promoting CEO has big plans for Mija’s dearest friend. With no particular plan but single-minded in intent, Mija sets out on a rescue mission.

After watching Parasite, the Oscar winning Korean movie, I began my obsession with anything related to Bong Joon-Ho. Okja was not only engaging from the start, it sends an impacting message about food corporations. Don’t be fooled by the seemingly ‘’not-so-impressive’’ CGI. The story is so interesting that you will soon forget about this aspect of the movie.

Survivors of Earth’s second Ice Age live out their days on a luxury train that ploughs through snow and ice. The train’s poorest residents, who live in the squalid caboose, plan to improve their lot by taking over the engine room.

I was not very excited about Snowpiercer especially after some violent bits in the beginning. However, I am glad I stuck to it as this movie has been engrained to my mind for days after I watched it. The story is unlike any other you’ve seen and a movie that will keep you hooked until the very end.

OUR TOP TV SHOWS DURING THE QUARANTINE

THE END OF THE F*CKING WORLD | Netflix

James is a 17-year-old who believes he is a psychopath. He kills animals as a hobby, but grows bored of the practice. He decides he wants to try killing a human. He settles on Alyssa; a mouthy, rebellious 17-year-old classmate with issues of her own. She proposes they run away together, hoping for an adventure away from her turbulent home-life, and James agrees with the intention of finding an opportunity to kill her. They embark on a road trip across England, and begin to develop a relationship after a series of mishaps.

This series took a turn that I never expected and it is high on my list of recommendations from the quarantine period. The characters are amazing, the story is great (and with a dark yet whimsical humor). We watched the entire 2 seasons in 3 days, so you can have an idea how much we liked it.

I AM NOT OKAY WITH THIS | Netflix

A teenager navigates the complexities of high school, family and her sexuality while dealing with new superpowers; based on Charles Forsman’s graphic novel.

The 10-part drama follows the investigation into the disappearance and death of a legendary Mancunian DJ, who went missing one summer on the Spanish island of Ibiza. 20 years later, his body is discovered on the island, and his sister travels to Ibiza to discover what really happened two decades earlier.

A series filled with drugs, nudity, sex and some pretty weird storylines, White Lines was an interesting  show to watch. Personally, I didn’t find it one bit realistic, but the story was very engaging from the start. Some people said they thought it was a bit slow, but I didn’t have this feeling (except once or twice).

There are a few other stories that revolve around the main mystery, which can be distracting (and at points I found myself more interested in the side stories rather that the main murder plot). What I really liked about this series are the characters, especially Marcus and Boxer who were both great.

OUR TOP DOCUMENTARIES DURING THE QUARANTINE

The plot of “Tiger King” centers on the battle between Exotic and Baskin. She campaigns for the closure of the G.W. Zoo; Exotic films himself shooting at dummies he has named Carole. Exotic is convinced that, in the nineties, Baskin murdered her husband and, perhaps, fed him to her tigers

It took me a while to fully-understand what I was watching. At times, the show was so weird that it felt unreal (as if I was watching actors). But Tiger King is seemingly as real as it can get, with its main subject, a man named Joe Exotic, finding himself in jail as I write this post.

It’s weird, ok? People in the show are weird and every episode surpasses itself with more weirdness and out of the ordinary people who are as real as you and I.

Filthy Rich tells a stories of the survivors of Jeffrey Epstein, and how he used his wealth and power to commit these crimes.

Ugh, even writing his name disgusts me. Watching the Netflix documentary didn’t improve my feelings towards Jeffrey Epstein one bit.

If you live under a rock, Jeffrey Epstein was a billionaire who was found guilty of abusing numerous young girls. He manipulated young women (some as young as 12 years old) into going  with him to his private island (now known as Pedo Island) for his gratification, along with his other rich friends. Some famous names include those of Prince Andrew and Bill Clinton, oh la la).

The series has 4 episodes and we watched the whole thing in one sitting.

Permitted exclusive access to North Korea, documentary filmmaker Alvaro Longoria captures a portrait of life that is very different to Western perceptions of the country, but with questions of how much of it is just for show.

Who isn’t curious about what happens in North Korean, am I right? The country seemingly shows what is wants us to see. But how much of what we are led to know is actually true? From a country that prides itself in seclusion and secrecy, have you ever thought how easy it easy for the Western world to invent fake news about North Korea?

This is what this documentary is about: Common things we know about the country such as the government-imposed haircuts and the ‘’fake crying’’ are refuted by North Korean locals as ‘’as true as it can get’’. They say this is western propaganda to humiliate them, when they in fact ‘’are very happy’’.

Personally, to me, the amount of times in the documentary in which I heard the phrases ‘’I am very happy and ‘’we are very proud’’ was enough to make me question the authenticity of those statements. But you make your own decisions after watching it for yourself.

Night on Earth is a British nature documentary series made for Netflix. … The series follows animals that are active during the night using state of the art, low-light camera technology.

This is a must-watch documentary if you enjoy nature at its best. Honestly, the images are so amazing that the narrator many times needs to remind us that what we are watching is in the complete darkness of the African Savannah. See what wild animals do when there are no light, how they protect their young when they can’t see a thing before their eyes, and how to hunt for food.

Deep in an African forest lives a family of chimpanzees, including a baby named Oscar. Displaying the playful curiosity and ingenuity of fellow primates, Oscar and his family navigate the forest’s complex territory with relative ease. Usually, the world is a playground for Oscar and his young comrades, but when his family encounters a rival band of chimps, he is left to fend for himself. However, a surprising ally steps in and changes Oscar’s life forever.

I LOVED this documentary because they follow Oscar from the moment he is a by to adulthood. It is a documentary with fantastic images and a great story line. So engaging from the start, you will root for Oscar to succeed as a young monkey in the forest.

That’s it, girls. These are the top recommendations I have during the quarantine period. Do you have any cool movies, TV shows or documentaries to share with me? I’d love to find new ideas to watch and the best way is through recommendations!

Let me know your top recommendations on the comments below!

Have a beautiful day, wherever you are in the world! 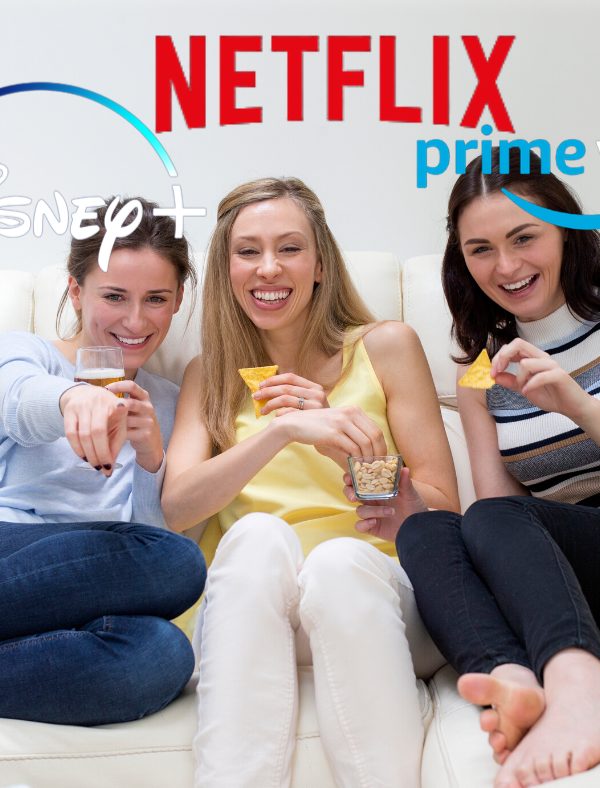 Best Family Movies to Stream During the Quarantine 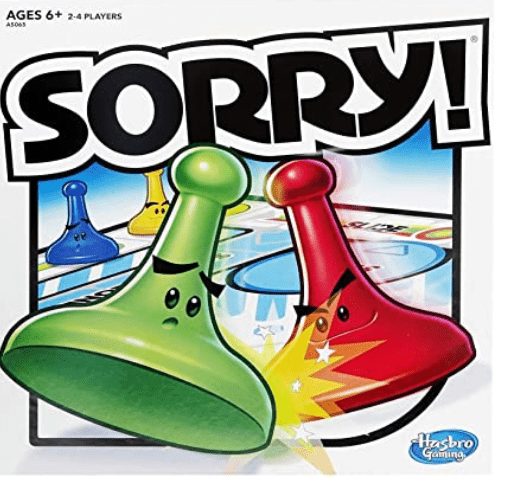 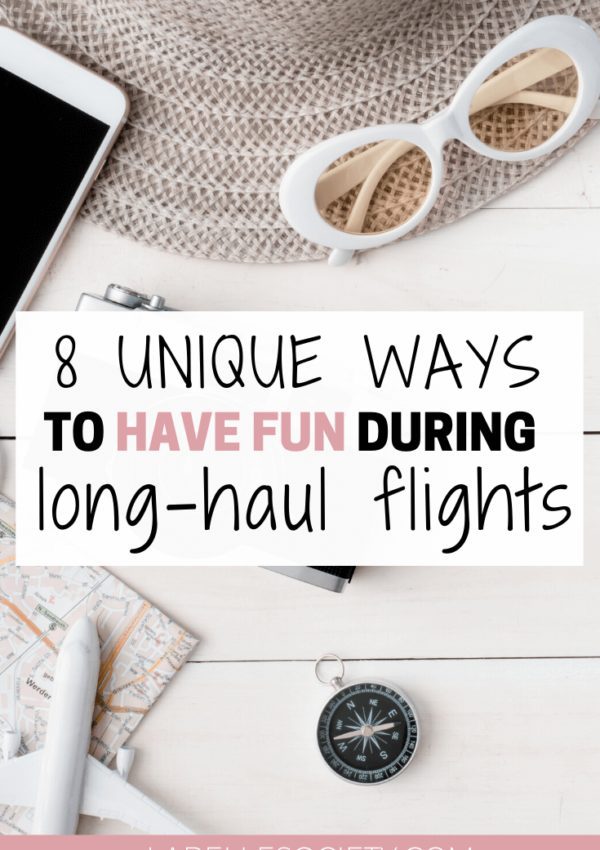 8 Ways to Stay Entertained During a Long Flight 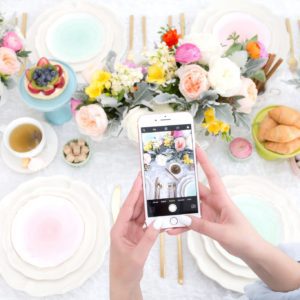